This is part of Songs in the Desert, a collaborative audio project designed to explore the words and music of Christian hymnody and our responses to them.

John-Westley recorded himself by using the voice memo app on his smartphone. (Hint: you can do this too!)

Music in this episode was performed by John-Westley Hodges.

Songs in the Desert began during the season of Lent 2017. You can read more about the project and learn how to submit your own reflection about any hymn you want at the Songs in the Desert homepage. Submissions are still being accepted!

Thank you for listening.

Popular posts from this blog

Friday in the Fourth Week of Lent 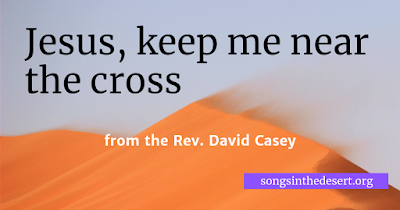 "Jesus, keep me near the cross" from the Rev. David Casey
Read more

Thursday in the Fourth Week of Lent 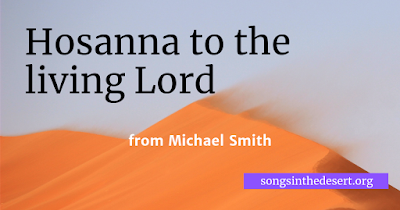 Monday in the Fifth Week of Lent 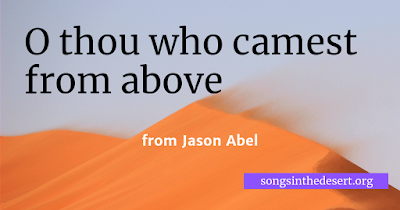 "O thou who camest from above" (Hymn 704) from Jason Abel.
Read more